Boredom to Business: How A Passion Gone Missing Became A Business Pursuit for StreetTT

In mid-2020, as lockdown restrictions went into place — Louis Cadier found himself cooped up in Barcelona longing for a game of Table Tennis. While he quickly adapted to his new work routine, he found himself missing all the social interaction, the thrills, and excitement. In non-pandemic times, wherever Louis was he was playing the game he loves. As the world shut its doors and public matches were nowhere to be found, Louis thought there had to be a way to rally the Table Tennis community. He looked for various ways to connect with other players to arrange meet-ups or participate in matches but found there was no formal structure for Table Tennis networking or ranking. It occurred to him that there had to be a way to empower the grassroots collectives found at every public park, to unite all players in a single competition. So, Louis teamed up with his partner Junwei Fang to get to work — and StreetTT was born. After ten months, the app has grown to thousands of players, hundreds of communities, and spanning several countries.

Louis and Junwei initially set out to give the local Barcelona table tennis community a way to arrange matches, run tournaments, and maintain leader boards. Since neither person had hands-on experience with building mobile apps, they researched potential solutions to create their network. After extensive research, they settled on Thunkable for their app build and Backendless to maintain their player database. They rapidly crafted an app that made it possible to arrange matches between players, record the match outcomes by scanning an opponent’s QR code, and thereby maintain a local ranking of players by Elo rating, the same rating system used by the International Table Tennis Federation (ITTF).

“The Table Tennis community is phenomenal. On any given day, there can be dozens of players hanging around public tables waiting for matches. But that was all brushed aside during the pandemic,” Louis said. “While we missed playing, it allowed us to think about a better way of connecting players from all over the city.” As StreetTT was introduced to Barcelona, it caught on like wildfire. “Promotion was simple, we got permission to put our QR code stickers on public tables so any player could download the app and jump straight into the game. Right away, we saw hundreds of players sign up and start using the app to get back to playing Table Tennis.” Their first tournament had over 100+ players and allowed competitors to play safely by spreading the attendance over multiple qualification days.

Louis eventually left Barcelona to head back home to the United Kingdom and he brought StreetTT with him. In Spain, StreetTT was quickly growing and had firmly established itself as the best way to arrange citywide tournaments with the greatest attendance. But in the UK, Louis had to start over again building a community. He knew he had a popular app and a great outreach strategy to help make adoption go smoothly but this time, Louis reached out to Table Tennis England, the sport’s national governing association, he found that StreetTT was of interest to their very own mass community organization, Ping!, and soon he was delivering a webinar to their national partners. As it turns out, local government municipalities are looking for ways to improve the health, wellbeing and activity levels of their citizens. Louis and Junwei had created an online game that is played in real life, motivating and addictive like a computer game but generating verifiable activity and data. And the municipalities were in. Suddenly, StreetTT had an official launch date of the 1st June 2021 and municipalities nationwide were funding local activation. At this point, Louis knew that what had started as an idea, just turned into a business, not just for StreetTT, but by using the knowledge and experience of many development cycles to deliver rapid, stable and well-designed mobile applications for others. “Tech has always been about bumping into a problem, crafting a solution, and bringing it to life. I just didn’t realise that my interest would be shared by so many others and that it could benefit society, give social value and bring people together. It has been wonderful to see it take off!”

Only a short year ago, Louis and Junwei, were looking for a way to get out and play Table Tennis again. Through their thoughtful approach and passion for the game, they turned their idea into a growing enterprise. Both gentlemen still have many clients in other fields, but the thought of unifying the world of Table Tennis with their app is what gets them excited. “Why should you need to raise capital to make your idea a reality?” Louis said. “With Thunkable, we were able to build our idea, support the concept and launch it. Our experience as programmers did not include mobile app development, but the platform had everything we needed right there.”

The StreetTT userbase continues to expand, ever adding more communities, cities, and countries to the game. And Thunkable will be with them every step of the way.

The Best Way To Unleash Innovation on Your Team

Keeping employees inspired, motivated, and engaged can be quite a challenge, especially in today’s...

For anyone involved in building a product, you know the importance of going fast while minimizing... 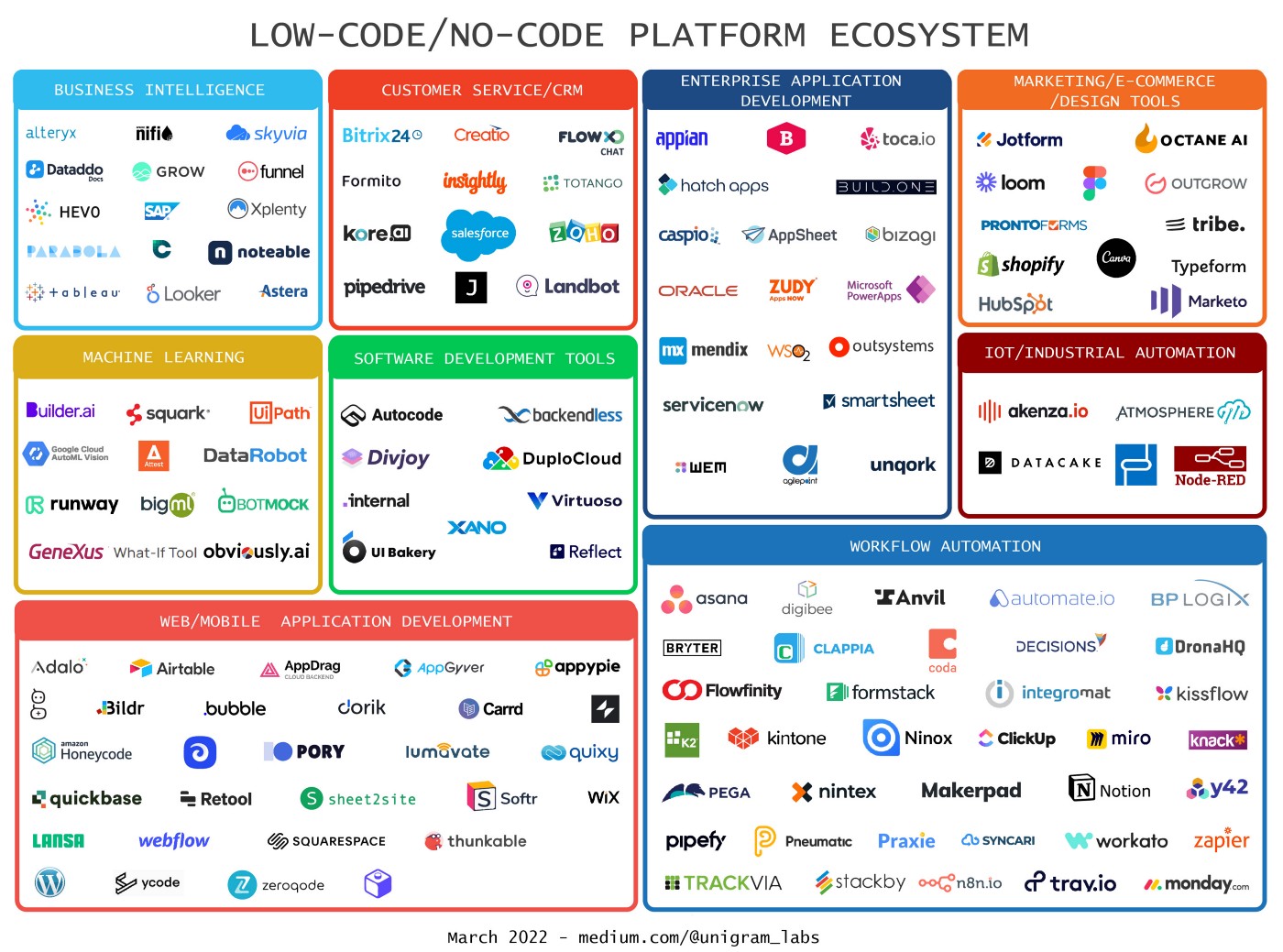 10 No Code Tools for Your Business

As your business continues to grow, it becomes more and more essential to stay ahead of the...