At Thunkable, we can’t do what we do without the incredible folks behind the scenes. In this new blog series, we’ll spotlight a Thunkable employee, share their history, why they like working at Thunkable, and more. We’re kicking things off with Jose Dominguez, a Principal Engineer at Thunkable.

Dominguez at a Glance

Favorite song/album/artist: Too difficult, but right now I am a sort of obsessed with Loretta by Ginger Root. Fave album is OK Computer by Radiohead

Go to karaoke song: I don’t really have one

Advice you'd give your younger self: Don't mess with the space-time continuum!

Any hidden talents: I can totally live on high hydration sourdough bread and Diet Coke

Favorite book: Drag and Drop Code with Thunkable by the maestro David Wolber

Guilty pleasures: Has to be Gogglebox

Before Joining the Thunkable Team

Thunkable has been on Dominguez's radar since its infancy. Back in 2012, Dominguez was working on a project called MIT App Inventor when he first met Arun Saigal and Weihua Li who went on to co-found Thunkable. They eventually parted ways but remained in touch. Dominguez followed Thunkable’s progress from afar before officially joining the team in 2019.

At Thunkable, Dominguez’s role in engineering has really grown and evolved. At Thunkable, we’re expanding the engineering team, and Dominguez has been helping to spearhead those efforts, stating, “The roles in engineering have changed quite a bit in [2022] because we've basically doubled the team. Historically, it was five of us or maybe six of us in engineering. We had a lot of users and a lot of projects. Basically most of us did whatever needed to get done next. It was very much startup vibes. One day you could be deploying, and the following day you could realize that you broke something in the deployments and spend the day trying to fix it. We wanted to move fast, but when you move fast, you break things. For the first couple of years, I worked quite a bit on the apps, the Thunkable Live companion app that we have.”

Nowadays, Dominguez serves in a senior position on the engineering team due to growth over the past year. He shared, “In the last six months, because we've hired quite a few people, I now find myself doing a lot of organizing projects,”

Seeing the team grow is not without its challenges, but Dominguez is excited for what’s to come, explaining, “It used to be five of us writing code. We knew what to test, we knew what we could release. Now we have double the people writing code. It's more complicated. At the same time, [potential Thunkable engineers] would be joining at a time when we've done a lot of the groundwork. All of the teething problems are solved; the system is more stable than it used to be.”

While Thunkable started in San Francisco (and a number of employees still count SF as home base), most of our employees work remotely. Dominguez enjoys the flexibility of remote work but will often meet up with a few other Dublin-based Thunkable employees.

Even though Thunkable employees are all over the world, each team gets together 2-3 times a year to have  an off-site meeting where they brainstorm, problem solve issues, and get to know one another. And meeting in person is important to Dominguez. He explains, “I think it's important to meet people at least once because when you meet in real life or in person, the communication is better after that.”

Why Work at Thunkable?

When you ask Dominguez what he likes most about working at Thunkable, his answer is short and succinct: “Number one is the people. There's no doubt about it.”

At Thunkable, we pride ourselves on our company culture, something Dominguez echoes by stating, “The whole culture is very open. If there's a meeting, everyone is invited. If you have any interest in anything in particular, you can join the meetings, even if it's not your team. In the weekly team meeting we discuss everything.”

Maintaining a healthy work/life balance is also important to employees and leadership. Dominguez says, ”Joining now, it wouldn't be the crazy startup culture that you have to work for 10 hours [a day]. We don't do that. We're actually pretty good at not doing that. I think that comes from the top. You're not expected to be online after hours. [Now] would be a nice time to join because, if you want to see a company growing in tech, there's a lot of opportunity.

We think Thunkable is a pretty great place to work (but we may be biased). If you’re interested in opportunities at Thunkable check out our job openings here. 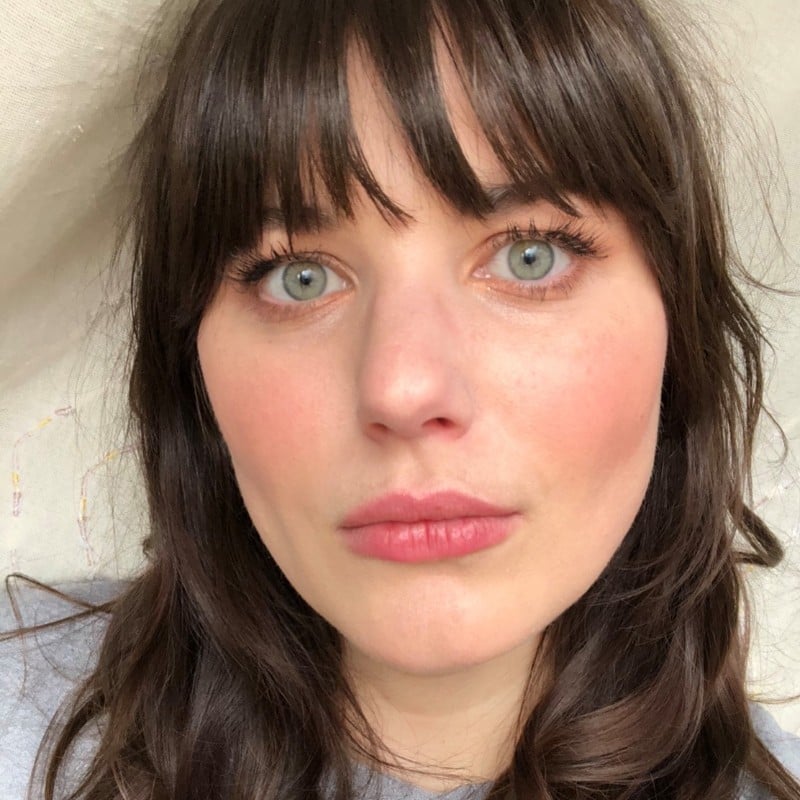 Blythe Bartel dives into the stories behind the apps and uncovers the development journey for each Thunkable creator as our Community Marketing Manager. She is a storyteller at heart and specializes in multimedia production, data-driven marketing, and social media. A self-proclaimed old soul, Bartel has an affinity for mid-century modern, Led Zeppelin, plants, and the occasional tarot card reading.