As is the case in many industries, there is a palpable feeling that professionals need to go, go, go. The real estate industry is no exception, with many agents, underwriters, and field reps constantly moving quickly. This was exactly the case for one particular Thunkable Creator, Mortgage Educators, who was looking for a better way to connect with their users while providing value. They wanted to streamline their education courses and make them easily accessible.

The Problem Many Businesses Face

Mortgage Educators decided to build an app but were unsure of how to get started. Building an app from scratch is costly and time intensive, so they tapped Carson Pennington to take the lead. “I did a little research and figured out that the easiest way was probably a no code interface,” said Pennington. “Then I started looking into different options.” No one on Pennington's small but mighty team had ever built a mobile app before. They were looking for a no code app builder so they could move quickly.

Pennington began shopping around for a no code app creation tool. He knew his team needed something easy to use, offered high touch support, and had extensive API compatibility. Pennington said, “There was [a Thunkable competitor] where we couldn't even get a hold of anyone there. Then, with the other options, there were some that were just like, ‘We don't do APIs,’ or, ‘We can't support this.’” Pennington found everything he was looking for in Thunkable.

From start to finish, Pennington and his team built their app in three months. Here’s how they did it: “The first thing we did was lay out navigation for the app. We also wanted to have app exclusive sections that had some offerings specific to the app. The first thing was like, ‘Okay, well, how do we want the layout to look roughly’? and kind of laying that out. We had one person that was overseeing the whole front-end look of everything, making it look nice and pretty. And then one person worrying about kind of the code stuff, backend work.”

As they spent more time utilizing Thunkable’s drag and drop app builder, Pennington got more comfortable with the tech. “I felt like I know exactly what I'm doing as far as that goes,” said Pennington. With the platform as a whole, it's a very good setup as far as ease of use and being able to learn as you go where, you know, the first time you're doing a new part of it or using it at all, you're going to have some questions. You're going to need some feedback a little bit back and forth.”

Mortgage Educators chose Thunkable because they knew they’d have plenty of support. Pennington said, “We work with a lot of different companies, and we haven't had better support from anyone else. I'm used to kind of having to really flag someone down and try and beg and plead for their help and not really get much of a response. And you [Thunkable has] always been very responsive and able to kind of jump right in and help get things going for us.”

Thunkable’s dedicated Creator Success team helps our users through the entire app development from, from design, to development, and deployment.

“I could not give a bigger shout out to [our Creator Success Manager]. He has been fantastic. We had a big issue where our entire sign in for the app went down one day, and he jumped right on to help sort things out. And even when we couldn't figure things out, he hopped on a call with us and got everything sorted out that day.”

API Compatibility is Provided by Thunkable

Thunkable has open, extensible APIs to make integration possible, saving creators time and money. Pennington knew API compatibility was a value add, stating, “[Thunkable] had all the API compatibility; it could support just kind of piggybacking off of our system and adding new stuff easily. And then also just being able to quickly push out updates and not having to worry about every iOS update since that's all managed by [Thunkable] was another really big bonus for us.”

Advice from Pennington on Building Your Own No Code App

Pennington has plenty of advice to share with others interested in creating their own no code app using Thunkable:

By utilizing Thunkable, Mortgage Educators published an app in four months and accomplished their goals. Pennington said, “We would definitely use Thunkable again. I think it's honestly been a fantastic fit for us. It's been a fantastic experience that I would definitely recommend.” To learn more about Mortgage Educators' success and experience with Thunkable, check out their case study..

If you’re interested in no code app creation, sign up for a free Thunkable account and get started. We can’t wait to see what you build! 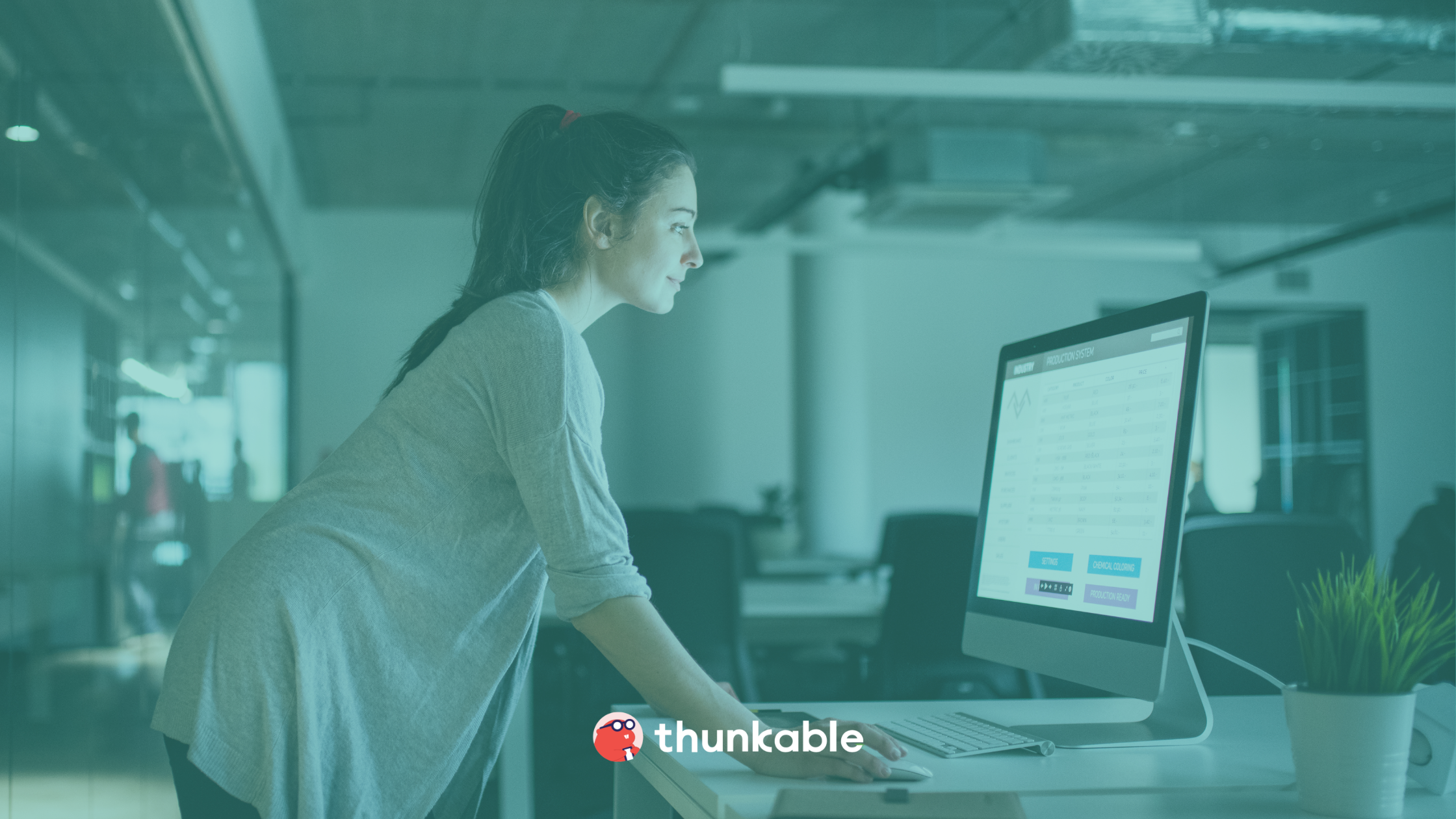